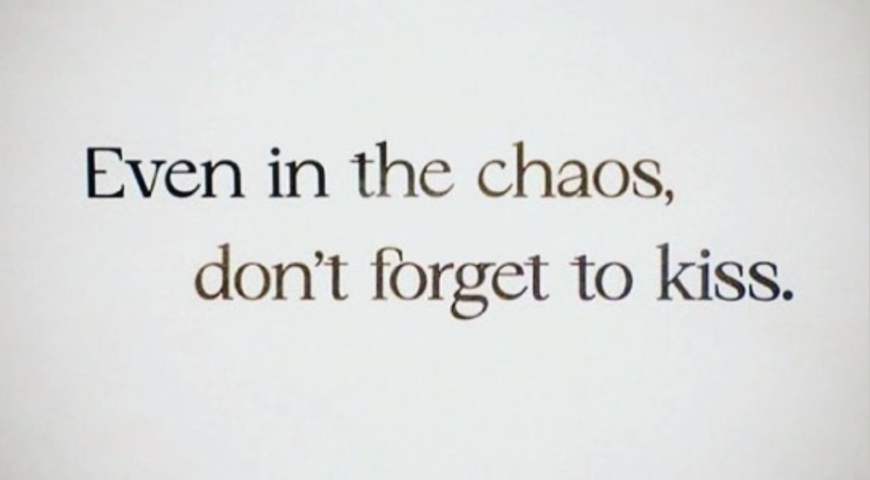 Bring out the inner love

Kissing is by far the most beautiful, #intimate act of #Love between two humans.
An act of complete surrender that reaches into the depth of #Union,
kissing activates a whole array of chain reactions not only across the physical body, but also on #emotional, #mental, hormonal, and #spiritual platforms…the heart changes #frequency, the immune system instantly jumps into overdrive, dopamine and adrenaline flood the brain and subsequently the entire physiology, a state of #presence almost unbreakable….real soul stuff….
Kissing has many forms….
Two hands held in Love is an act of kissing, a hug is literally two souls kissing, #sexual union is another form, eye contact another, two hearts connected in communication yet one more….
Connecting lips to another in complete and shameless embrace is where time stands still, where two souls meet, body, mind and spirit fully engaged, United as One, in the purest of momentary #creation, the liberation of Love.
PLEASE, the current state of #humanity; violence, racism, politics, borders, poverty, greed, competition reflects the state of closed heartedness that looms on ALL levels of our societies.
A #fear exists at the deepest core of humanity’s egotism, a fear of being seen in the #vulnerability of Love.
Society has placed a stigma on public display of #affection, with some even feeling Love toward another , but also shame to display it publicly out of fear of what others may think….
Sexual repression and blind social etiquette is clearly reflected in the dysfunctions and suffering of a race, in our politics, relationships, marriages, even friendships….
Here to experience the fullness of life, delusion (defined by the dictionary as a state of mental illness) mostly keeps humanity in separate categories: rich with rich, poor with poor, religion with same, class alike, and even external looks and body shape will present a choice….
A little dramatic maybe, but take a look for yourself….

Of course things are slowly changing but as long as humanity remains goal, future, race, religion, culture, money and power focused, we will continue to live in limited expressions of Love.
Love needs to be freed and expressed, shamelessly, unapologetically, set as an example for our children….
You want change?
Change yourself, change your habits and question, observe every pattern and nagging feeling of lack that crosses your heart in your daily grind….
We know what works, we just need to become brave enough to be aware of our own delusions and rise beyond the shackles and chains of collective dreaming.
I know some people say that they are simply not “touchy-feely”, and I don’t want to judge, but I cannot imagine my existence without the magic of kissing, hand holding, hypnotising eye gaze, hugs, intimacy; is that maybe not a heart screaming to feel Love abandon, to open???
Come on, all the romantics out there, let’s change the world one shameless kiss and hug at a time 😊❤️

Bring out the inner lover.